This is a really hard question. At first, I'm tempted to say that a person who reads, no matter what they read, is a reader. But I think it goes a bit deeper than that. In my education classes, we stressed the importance of encouraging students to read and take on the label of reader. We encouraged that with anything school-related, actually - at the Early College, if a student self-identified as a "Mathematician," they were heaped with praise. Sounds silly, right? But it worked! So, considering this from an educator standpoint, I would say that anyone who self-identifies as a reader, would be a reader.

Also, I don't think readers of books are the only people who can be "readers." I consider reading comic books or graphic novels a form of visual literacy. I had a friend in college who was equally adept at studying physics, music, and creative writing because he could "read" equations and compositions as easily as a short story. Does that make him a super-reader? Probably. Years ago, I read a kid's book called Sixth Grade Sleepover. One of the characters couldn't read, but she faked it by listening to audiobooks and trying to follow along with the words. Does that make her a non-reader? (That's probably not the best example, honestly, because she vows to learn how to read at the end of the book, but it was the best I could come up with. The point is, audiobooks are still books, and they are most definitely a form of reading.)

Like I said, it's a difficult and interesting question. The English major in me is insisting that only novel readers and lovers should be considered readers, but the teacher in me wants to encourage everyone to consider themselves a reader. Any other thoughts?

Visit Booking Through Thursday for more opinions.
posted by jessi

My preferred way of reading is to listen to the audio book and read along. I'm a audio-visual learner, so when I do it that way I get so much more out of a book.

When I was doing my student teaching at the middle school, that's the way we read books as a class. It was really helpful for the students. Quite a few of them were auditory learners, too, and they understood better when they were read to.

I think learning to read is done through both sight and sound -hearing books read whilst looking at the words. I think reading anything can lead on to reading books - I wish it always did.

When I taught Macbeth, I would play a BCC cassette tape recording of actors reading the parts while my students followed along with their textbooks. I feel it helped them understand, especially because of the pronunciation, dialect, and emphasis. 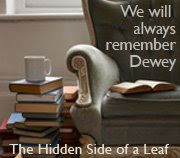 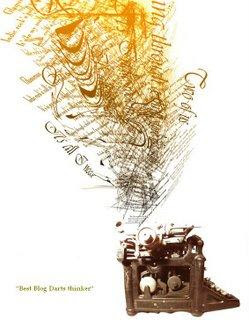 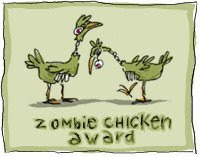